Is mouthwash an important part of a good oral hygiene routine? 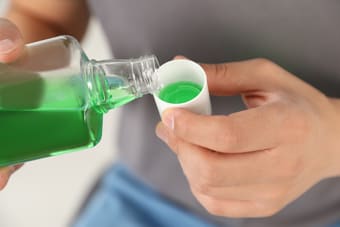 In spite of what some headline grabbing studies seem to indicate, mouthwash may be a safe way to rinse away food debris and bacteria after brushing and flossing. That said, it's important to remember that mouthwash is not an essential part of a good oral hygiene routine.

Mouthwash can be a good way to clear away loose debris left over after brushing and many people enjoy the refreshing feeling it leaves behind; however it's important to note that while mouthwash might be a useful addition to your oral hygiene routine it's not a substitute for thorough brushing and flossing, and rinsing with water is just as effective.

Those who do enjoy using mouthwash will be delighted to learn that mouthwash is generally considered harmless, in spite of some studies that appear to suggest otherwise.

You may be surprised to hear that mouthwash harmless, if you’ve heard about studies over the years that connect mouthwash use to things like heart disease and cancer.

One Journal of Free Radical Biology and Medicine study found that some mouthwashes could raise blood pressure by wiping out a type of mouth bacteria which helps the body generate nitric oxide. Nitric oxide is known to play a critical role in protecting the cardiovascular system, including regulating blood pressure.

However, it's important to note that this study focused on mouthwashes that contain a strong antibacterial agent called chlorhexidine.  Chlorhexidine is usually only available by prescription from a dentist or medical professional. Also this was a very small study of just 19 participants. The small number of participants in this study means that more research is required in order to support its findings.

Other studies since the 1990s have suggested that mouthwashes that contain alcohol might contribute to the development of oral cancers. It's generally believed that studies were flawed because they focused on excessive mouthwash use of three or more rinses every day, and several review studies have failed to find links between alcohol in mouthwash and cancer.

Alcohol in mouthwashes can dry out your mouth, so if you have issues with dry mouth and want to use mouthwash select an alcohol-free variety.

More complicated issues come to light when discussing antiseptic or antibacterial mouth rinses. These mouthwashes should only be used by people with gum disease or with harmful types of oral bacteria. If you're considering using one of these mouthwashes, be sure to consult with your dentist first.

If you want to use mouthwash and have healthy teeth, and a healthy mouth, a mild mouthwash without alcohol or strong antibacterial agents is best.

While there may be no medical reason not to use mouthwash in moderation, if you want to save money we recommend rinsing with water instead.

Have more questions about caring for your oral health? Contact our Delta dentists to book an appointment.